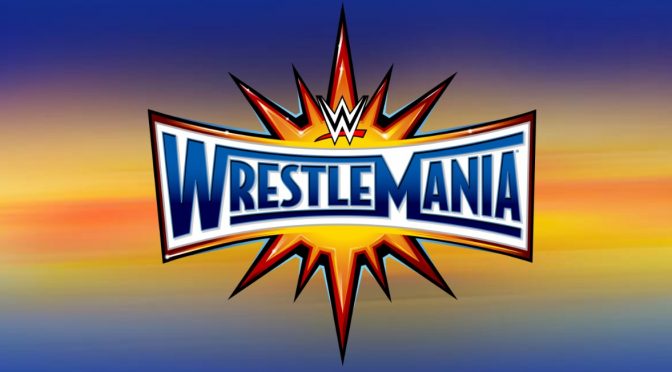 For those who haven’t been following the phenomenon that is the “Road to WrestleMania”, I have compiled a quick and easy guide and summary of the storylines that have lead up to this year’s WrestleMania. Enjoy!

Goldberg, the man who was WCW’s champion in the 90s and destroyed his opponents in record times returned to the WWE after over a decade long hiatus to show the Beast incarnate who was next on his list. After destroying Brock Lesnar in less than 90 seconds at Survivor series, he eliminated Lesnar during the Royal Rumble and then took the WWE Universal Title from Kevin Owens at the Fastlane Pay Per View. Goldberg still holds the record for longest undefeated streak from back in his earlier WCW/WWF days.

Brock Lesnar is the Beast Incarnate. A massive chunk of muscle, he wants to take down the old geezer that is Goldberg and restore his honor. Prior to his loss to Goldberg at Survivor Series last year, Lesnar was the monster who was able to not only beat everyone, but destroy them. This match will determine who holds the WWE Universal Title moving forward.

Bray Wyatt is the leader of the Cult of Wyatt. This is a voodoo cult revolving around the mysterious powerful figure known only as Sister Abigail who provides Bray Wyatt with his evil supernatural power. At various times, Bray Wyatt has held seemingly mystical control over various other WWE wrestlers and led them as a monstrous master.

Randy Orton, the viper, was in a battle against the Wyatt family that he could not win. He eventually joined the Wyatts after not being able to defeat them. It was revealed recently that he had only infiltrated the cult to destroy it from the inside. When Bray Wyatt let Randy into his secret sanctum which contained the body and soul of Sister Abigail, he burned the place to the ground.

This plan did not seem to work and Bray returned to the scene to bathe himself in the ashes of Sister Abigail and claim to have fully absorbed her soul into himself. Randy then returned to the grave site and attempted to destroy Abigail’s remains with a holy symbol, but only time will tell if the witch has left Bray. They will be fighting for the long standing WWE Title.

Bayley, the hugger and purveyor of positivity and presumably also more hugging, was able to win the Raw Women’s title off of Charlotte Flair (Daughter of legend and superstar Rick Flair) ending Flair’s undefeated at Pay Per View streak. Bayley’s friend Sasha Banks, who was in her own long feud with Flair helped Bayley keep the title from Flair through somewhat questionably legal means.

Meanwhile, Nia Jax, the biggest women currently working in the WWE, was in a feud where she repeatedly tried to destroy an injured Sasha Banks while she was recovering from her many losses against Flair. Bickering amongst these ladies and their managers led to the match being declared an elimination match between all of them.

Chris Jericho and Kevin Owens used to be best friends. At least that is what Chris Jericho, the current holder of the WWE United States belt thought. Though they had their fights, Kevin Owens and Chris Jericho maintained an alliance helping each other win and keep their respective belts, but when Chris Jericho accepted a match against Goldberg for the Universal Title on Kevin Owens behalf, Kevin Owens was done with this “fake friendship”.
At the festival of friendship, Kevin Owens destroyed Chris Jericho and told him he was only his friend while it was useful to him in keeping his title. Kevin Owens then lost the WWE belt to Goldberg when he was distracted by Chris Jericho seconds into the match. Kevin Owens in the meantime has made friends with the large destroyer Samoa Joe and possibly even the WWE COO, Triple H.
This is not the only person that Kevin Owens has stabbed in the back however. His long time friend in the independent wrestling scene and also in the beginning of their NXT career, Sami Zayn has recently showed signs of possibly wanting to help Chris Jericho in his war against Kevin Owens and may very well be a factor in this match as well.

Dean Ambose, the lunatic fringe, is a wild and unpredictable guy, but a feud with Baron Corbin, the lone wolf and winner of the Andre the Giant battle royale has proven to be very bad for Dean up to this point. Baron performed an incredibly vicious attack on Dean Ambrose backstage that ended with him lowering a forklift fork onto Dean Ambrose’s ribs, causing broken bones and other damage. Baron Corbin stated earlier that he just wants to hurt people and right now his sights have been set on Dean.

Luke Gallows and Karl Anderson are a very talented tag team who has wrestled together for years, starting the independent scene all the way up and recently won the Raw tag team belts. Enzo Amore and Big Cass, the realest guys in the room who resemble new england white brawlers

Seth Rollins used to be Triple H’s golden boy. He would do whatever Triple H wanted no matter how many friends he had to betray. He rode that train all the way to the top and a serious knee injury was the only thing that stopped his momentum. When Rollins returned he was unable to gain the respect and position in the eyes of Triple H who saw his getting injured as a betrayal and a slap in the face after all he had given to Seth.

Seth wanted revenge but after his knee was injured by Triple H’s new hitman, Samoa Joe, his chances to wrestle at WrestleMania were slim to none. The injury forced Seth to push himself through rehab, and even though he wasn’t cleared by the WWE to wrestle officially, he has changed his motive from revenge to redemption and he sees Triple H as the pervertor of his character. Even though he was not cleared, Seth Rollins signed a contract with Triple H for an unsanctioned match against The Game (Triple H).

Roman Reigns vs. The Undertaker

Roman Reigns, the big dog claimed that WWE was his yard. The Undertaker, in what is most likely his last match after over two decades under his belt. The Undertaker, also known as the dead man is the one who brings people to the afterlife. This supernatural figure stands to defeat one of the WWEs biggest modern superstars in what could be seen as the past vs the present. The Undertaker whose PPV record is 21-1 (His only loss is to The Beast Incarnate, Brock Lesnar), also known as Mr. Wrestlemania because of that streak, looks to bury one of the most hated people in the modern era, Roman Reigns.

John Cena, the face of WWE for over a decade and the second biggest crossover WWE star and his girlfriend Nikki Bella, star of the show Total Divas and Total Bellas are on a mission to put down Mike “The Miz” and Maryse. Miz and Maryse claim that Cena and Bella are only famous because of their looks and are sellouts who live a double life. While Cena preaches Hustle, Loyalty, and Respect and plays superman, Miz states that he is secretly just in it for himself.

The Miz started with attacks on how John Cena would never marry Nikki or provide her with children because he wasn’t a real man who didn’t care about her at all. This week on Smackdown Live, John Cena responded with a personal attack implying that The Miz was incapable of making children with his wife Maryse. A rivalry that started with a petty cliche attack on Cena seemed to trigger a personal response and the fight is on at Wrestlemania.

AJ Styles, accepted as the greatest professional wrestler in all of the world deserved a chance to be in the main event of Wrestlemania. After Randy Orton who was in disguise at the time said he wouldn’t wrestle Bray Wyatt for the championship, Smackdown management decided to set up another series of events to choose an opponent for Bray Wyatt. AJ overcame challenge after challenge to earn his chance to regain his lost WWE Championship, but management then decided when Randy Orton revealed his true intentions, to give him the match back.

This caused AJ Styles to earn his own justice. He attacked Shane McMahon backstage and was summarily fired by Daniel Bryan. Shane McMahon however, was not one to back down from a challenge and said he would give AJ Styles his Wrestlemania match against himself.