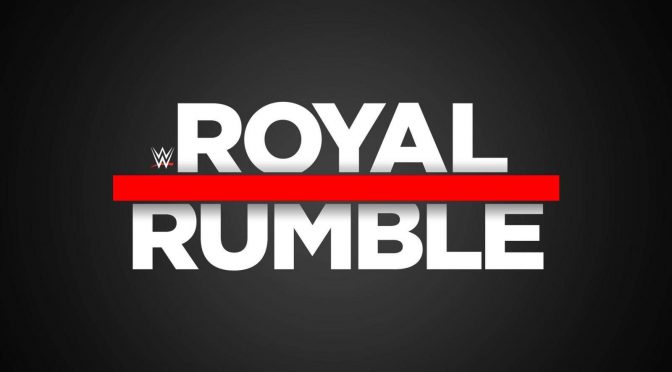 Remember the Rumble! The Royal Rumble is coming up this Sunday (Jan 29th) and here is the short version of all of the information you will need to understand what is going down.

Right now the card looks like this (in no particular order):

Here is the skinny on each of these matches:

Cesaro & Sheamus vs. Luke Gallows & Karl Anderson
Cesaro is a long time WWE veteran and currently a fancy movie star fellow attempting to pull off a James Bond look. He was thrust against his will into a tag team with the viking boy Sheamus. Suprisingly to everyone, they were able to set aside enough of their differences outside the ring to pull the title off of the tag team record holding champions The New Day last year.

Luke Gallows and Karl Anderson, having moved to WWE after successful careers in both ROH and NJPW are a force to be reckoned with. This tag team match is a repeat of what happened in a recent title match between the same contestants where Gallows and Anderson were able to pin the champions however, due to a previous incident caused by Sheamus, the match was considered a win by DQ which did not allow Gallows and Anderson to take the belts officially.

Sasha Banks vs. Nia Jax
Sasha Banks is hot off of a title run against Charlotte Flair where she was unsuccessful. She was injured in her last match with Flair and was in recovery waiting on another potential shot at the title when Nia Jax attacked her and claimed that she was the real boss of the women’s division.  Jax is a behemoth of a lady and has repeatedly dismanted Banks over and over leading up to this match.

Kevin Owens vs. Roman Reigns
Kevin Owens is the current WWE Universal Champion after the title was given to him by WWE COO Triple H. He and his “best friend” Chris Jericho have used all sorts of hyjinks to allow Owens to keep the belt as well as steal the United States Championship from Reigns. In this match Kevin Owens must wrestle Reigns with Jericho suspended above the ring in a shark cage to keep him from interfering with the match.

Roman Reigns is the is good guy that the WWE Universe loves to hate. Ever since Famous team The Shield (featuring Dean Ambrose, Seth Rollins, and Reigns) was disbanded when Rollins betrayed his brothers, the WWE Universe has hated everything Reigns has done. They cheered when he lost the belt to the cheating Chris Jericho and would riot if Reigns were to overthrow one of the fan’s favorite bad guy Owens.

AJ Styles vs. John Cena
AJ Styles likes to refer to himself as “The face that runs the place”. After a killer 2016 debut, he rose to the top of Smackdown Live as the champion including multiple clean defeats over WWE workhorse John Cena. He criticized the “has been” “Hollywood” “part-timer” John Cena for being able to come back to the WWE after spending so much time outside and immediately getting a title match against him, the phenomenal one.

John Cena, the person who essentially ran and upheld the WWE for over a decade. With the most televised matches of any WWE superstar, John Cena and the WWE have been essentially synonymous. John Cena has been the World Champion of the WWE 15 times. If he wins this match he will have tied the all time great Ric Flair who has held 16 world titles.

Charlotte Flair vs. Bayley
Charlotte Flair, the daughter of Ric Clair has the genetic superiority to maintain her undefeated record at WWE Pay Per View events. She claims to have been born and bred for greatness and will defeat anyone who dares to challenge her birthright.

Bayley, the leader of the “hugger section” has been a WWE fan since she was a small girl and her dream was to be a WWE Superstar. As one of the Four Horsewomen, she along with Flair, Banks, and Lynch revolutionized WWE women’s division. One of the crowd favorites from the NXT division, Bayley has earned this shot and she will do her best to become the champion she has always dreamed of being.

Rich Swann vs. Neville
Rich Swann, the young charismatic crowd favorite of the Cruserweight division won the title and has been able to retain it since taking it from friend TJ Perkins in the innagural episode of 205 Live. It didn’t seem like there was a ton of competition for Swann after defeating Brian Kendrick until along came….

Neville, self proclaimed King of the Cruserweights was offended when he was not initially invited into the Cruserweight division at the start of 205 Live. He has laid waste to all of his competitors demanding a championship match against Rich Swann. This is his time.

Team Face vs. Team Heel
A lot of varios sorts of beef going on in this match. First off, Nikki Bella is incredibly angry after her long time supposed friend, Natalya called her mean names and said that people only love her because she is beautiful and dating John Cena.

Second, Becky Lynch, Irish steampunk chick wants to take the Smackdown Women’s title from the current champion Alexa Bliss the fake Harley Quinn. After Bliss has recruited former WWE superstar Mickie James (disguised as La Luchadora) to take out Lynch during their previous title match, Lynch is rightfully angry with both of them.

In the meantime, Naomi was not able to wrestle Natalya during their last scheduled match because she had been attacked backstage by Nikki Bella. Naomi accepted any challenger to fight her to which Bliss showed up on the scene and denied her a match and insulted her.

The Royal Rumble
The main event. The Royal Rumble is a 30 man, every man for himself match of which the winner will gain a title opportunity at this year’s Wrestlemania (The Superbowl of WWE). The match will start with 2 contenders in the ring with a new contender being released on timed intervals. There is no limit to how many men can be in the ring at once, however, you are eliminated when you are thrown out over the top rope and both feet touch the floor.  We currently know 22 of the 30 contenders that will be in the rumble. One of the main draws of this event is the suprise entrants who can vary from random celebrities to historical WWE superstars. Here are the 22 announced contenders:

On top of the people we know will be in the Rumble other rumored people such as Kurt Angle (Most recent name in the WWE Hall of Fame), Steve Austin (Favorite of the 90s and bad boy), Shawn Michaels (Heartbreak Kid), Finn Balor (The Demon King), Triple H (COO of the WWE) and even President Trump (WWE Hall of Famer) have been predicted to potentially show up in one of those suprise slots.

Other Unresolved Beefs
One of the biggest WWE Superstars in recent years is Seth Rollins. He was a member of the beloved Shield until he betrayed his brothers to work for the authority under Triple H. For unknown reasons, once Seth Rollins in a free for all belt against Owens after Balor was injured and relinquished his title, Triple H appeared and betrayed his boy Rollins to give the title to Kevin Owens. After getting cheated out of the title by Owen’s friend Jericho, Rollins called out Triple H directly and demanded to be able to confront him. Stephanie McMahon, Triple H’s wife screwed Rollins out of his shot in the Royal Rumble in his match against Sami Zayn. Rollins is out of the Rumble, but he is furious and he wants vengeance against the Authority (Coorperate WWE including Triple H and the McMahons). This will almost certainly show up somewhere in this event.

Here is the theme song from this year’s Rumble: